Home Travel News Limerick Victorious on the Fairways of Costa del Sol…Next up Munster versus...

Hot on the heels of the very successful inaugural Shannon Airport Cup, the Ryder Cup styled golf challenge held in La Cala Golf Resort in Spain in which Ollie Moran’s Limerick side defeated age-old rivals Clare, captained by Brian Lohan, competition organiser Limerick’s **Golf Voyager** is now putting the spotlight on rugby with the hosting of the 2nd **Algarve Golf Challenge** in January.
This intriguing golf challenge will see 32 golfers from Munster take on 32 golfers from Leinster in a fun, yet competitive event. Over 75 per cent of those who competed in last year’s competition have already signed to partake in the event, which is a clear indication that there is an appetite for competitive team golf with a difference.

*Limerick’s Ollie Moran, who captained his team to victory over Clare is pictured with Golf Voyager’s Fintan Ward and Conor Galvin and Clare’s golf captain Brian Lohan.*
The challenge will be staged at the five-star Vila Sol Golf Resort in Vilamora, Portugal from 26-29 January 2018.
Launching the event, Golf Voyager’s CEO Conor Galvin said: “Having hosted our first Munster Vs Leinster rugby-themed golf outing in Vilamoura in January 2017, we saw how much the golfers loved this format; that’s what prompted us to give hurling fans the opportunity to savour a challenge of this nature.
The hurling challenge was amazingly sporting with Limerick tipping Clare at the post but I’m sure both captains, hurling legends Ollie Moran and Brian Lohan, will be seeking to do ‘hurling rivalry’ again next year.
“We’re delighted to be heading back to Portugal in January for our second Munster versus Leinster challenge, which was a sell-out this year, with Munster taking home the spoils. Munster Captain David Wallace will be seeking to retain the title when he faces his Leinster opponents, this year led out onto the fairways by Malcolm O’Kelly.
The Algarve Golf Challenge will see the best team of 2 score after the 2 days walk away with first prize being a golf holiday. There are prizes for the top 10 teams valued at over €4000. At the end of two days play either Wally or Malcolm will be lifting the cup as winner.

*Munster v Leinster golf competition 2017. Munster overall winners after a dramatic play off on the 18th hole, Munster Team with captain David Wallace.*
**The Algarve Golf Challenge takes place from Friday 26th to Monday 29th January 2018. The event is open to all golfers aged 18 and over, with no handicap restrictions so all levels of golfers are invited to participate.**
This is an opportunity of a lifetime for any sports enthusiasts to tee it up in a fun, yet competitive environment and rub shoulders with two Irish Rugby Legends.
If you fancy travelling to Vilamoura for 3 nights B&B and 2 rounds of golf at the 5* Vila Sol Resort, contact Limerick based company **Golf Voyager on 061-514600 or check it out at http://www.golfvoyager.ie**
MEDIA RELEASE: Molly D Marketing
PHOTO CREDIT: Keith Wiseman 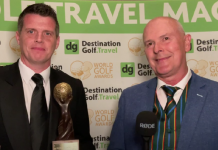 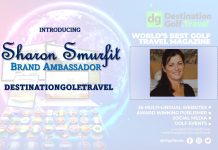 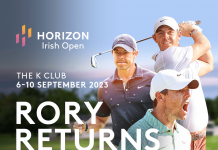 McIlroy returns to The K Club for the Horizon Irish Open